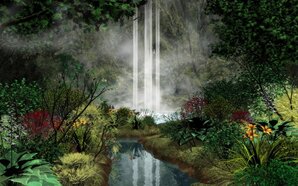 Part 1 explained and went through God’s original creation and mandate to male and female. One of the things we learned is that the two of them together were made in God’s image and that they were both given the mandate (the directive with authority from God) to multiply and fill the earth and rule over it. I noted how there was no difference in the mandate given to the male vs. the female. They were one in the same. And everything was “very good” until sin entered.

Anyway- back to scripture!

In Ch 3 we learn about “The Fall of Mankind” and how sin entered into the picture. There is no argument that the woman was indeed deceived by the serpent (Satan) and she sinned by eating from the tree that God had forbidden them to eat from. (God actually told Adam but I assume it got passed along to Eve because she did say to the serpent that God said she wasn’t supposed to eat from that tree. Genesis 3:3) So she was deceived and disobeyed God and sinned. Adam, who was actually with Eve during all of this (Genesis 3:6) also ate from the tree, and in doing so he also sinned and disobeyed God. Now we have sin in the Earth, and we are about to find out the consequences of that sin.

This isn’t a paper going through the intricacies of sin- so I will keep moving along staying on target for how this all relates to women in leadership and ministry in the church.

In Genesis Ch 3 we see God speaking to Adam, Eve (although she is not named that until v 20) and interestingly enough, the serpent/Satan as well. God speaks to them and lays out what we Christians have come to know as “the curse”. Let’s go through it.

Here’s what the Bible says in Genesis 3:14-19. It’s actually a long passage chock full of very interesting things so let’s go through it a few verses at a time. Hang in there with me because this is also going to play an important role down the road in understanding and validating women in leadership and ministry.

“So the LORD God said to the serpent, “Because you have done this, “Cursed are you above all livestock and all wild animals! You will crawl on your belly and you will eat dust all the days of your life. And I will put enmity between you and the woman, and between your offspring and hers; he will crush your head, and you will strike his heel.”(Genesis 3:14-15)

The actual Hebrew word is “eybah”  and it means enmity or hatred. If we look up the definition of enmity we see it means “the state or feeling of being actively opposed or hostile to someone or something.” Wow. That’s intense and continual hatred. And indeed, that is what we will see play out for a long while. God continued on however and said that while this enmity will continue on between the woman’s offspring and Satan’s, in the end, He told the serpent/Satan that the woman’s offspring would crush Satan’s head basically with his heel. In other words, this enmity will not go unchecked forever. There will come a time, somewhere throughout the offspring, where Satan will be crushed and God’s human offspring will win.

I do want to double back however and just call attention to the fact that this intense hatred and active hostile opposition was focused toward the woman and not the man. The man will get his own consequences too, but I think it is important that we see this little portion of truth for what it is.

Next in verse 16 God tells the woman, “I will make your pains in childbearing very severe; with painful labor you will give birth to children. Your desire will be for your husband, and he will rule over you.”

Now remember in Part 1 when we talked about God’s original plan for man and woman, husband and wife and how they were given the mandate to rule together? Before sin, there was no suggestion of one of them ruling over the other one- that was never God’s plan. However, as a consequence of sin, we see that now God was letting them know that the husband would rule over the wife. This does not mean God’s heart changed or His original plan changed, this just means that sin brings with it consequences that are opposite to God’s desire. (Side note: This is precisely why God doesn’t want us to sin because He wants the best for us. He doesn’t want us caught up in the natural consequences that will follow behavior that is contrary to His will.)

The words used in the above verse are specifically talking about husband and wife. That a husband will rule over his wife. They are not saying “men will rule over women”. Once again, it’s important to point this out early on because we will be coming back to these very verses when we start going through the NT verses that “appear” to limit women in their leadership roles. However, it is accurate to interpret this verse as saying, as a consequence of sin, “husbands will rule over their wives” and we certainly have ample evidence that this occurred (and still does in some places) while the “curse” was in effect.

Verses 17-19 show the consequences of sin for Adam. While they are important to read through for Biblical study they don’t directly relate to the relevance of women in ministry so I will skip by them. I’d recommend skimming the passage anyway just so you know that it wasn’t just the serpent/Satan and the woman that had consequences to their sin. The man got some too and as you may know from Romans the line of sin is always traced back to Adam, not Eve. Yes, that has to do with the patriarchal society and the lineage records that were common, but the Bible does say in Romans 5:12

“Therefore, just as sin entered the world through one man, and death through sin, and in this way death came to all people, because all sinned—“

That “one man” the Bible is talking about here is Adam. There are many more verses that say the same but again, it is not entirely relevant to our topic at hand.

So, in summary, after reading through this today I hope you can take hold of the fact that God’s original plan or His heart toward His creation did not change due to sin but He indeed spoke to them the consequences of their sin. All three of them, Satan, Eve and Adam were given direct consequences as a result of their sin (and I guess for Satan for his tampering with God’s beloved creation!). Even after these consequences, which are often referred to collectively as “the curse” (side note: Satan was really the only one cursed by God if you read the actual words) there was no justification or model in place for men to rule over women. There was however a consequence that the husband would rule over the wife.

As we continue forth, mostly jumping to Jesus and the New Testament writing of Paul, we will see how things did not stay this way.