ARE PEOPLE BASICALLY GOOD OR EVIL? 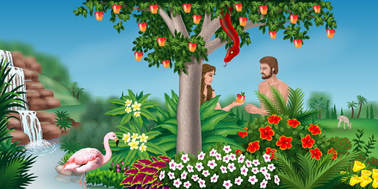 The thought that “people are evil” and “not good” might sound like a negative attitude to many or even harsh, but it is true. Every human being is born with a fallen nature, the same nature that came when Adam and Eve chose to disobey God. The “original un-fallen nature” is available, but it only comes through the “spiritual change” that happens when a person, through Jesus Christ, is born-again.

Once a person becomes a Christian by truly giving their life to God, this new, born-again nature (the one restored to the image of God) begins to war with the old fallen nature. The "fallen nature" is gone from the spirit, but not gone from the person. The “immoral part” of human nature is referenced by certain terms in the Bible where it is most commonly called the “flesh” and “carnal nature” of the “old man.” Some call it “our will” - which in a sense, is quite appropriate in that true Christians lay down “self will” to “God's will” beginning at conversion.

Let's see how this began in the Bible by looking at the Old Testament first.

It is clear that the first parents of mankind, were created in the image of God and were good.

And it happened; they ate of it. The “tree of the knowledge of good and evil” became the “tree of disobedience” for them. And when they ate of it, something did die. They went from spiritual life to spiritual darkness. The biblical definition of death is separation from God. And that is what happened. And from that time forward, all humans have been born with a sinful nature, as “sinners” with a separation from God caused by sin. The cost of sin, or as the New Testament puts it, “the wages of sin” is death. There is only one remedy for disobedience in that there is a price to pay. Blood has been required for the remission of sins (“without shedding of blood there is no remission.” Hebrews 9:22) from the very beginning.

The skins that God used to make the first clothes, were made from something innocent and living. The first sacrifice for us was made by God and the last one to ever be needed was also made by God, through Jesus Christ. To qualify for forgiveness, we must be truly repentant and accept Jesus Christ as our Lord, choosing to no longer live in rebellion against the Father and His laws and ways. And then, when we sin as His born-again children and repent, the blood of the innocent Son of God, the Lord Jesus, is able to continue to speak for us and wash away our sin.

Through the sacrifice of Jesus Christ and our choosing to honor and respect God, we can be born-again. The born-again experience brings us into right fellowship with God. The new, pure nature becomes alive in us spiritually, as we actually become temples of the Holy Spirit. As temples of the Holy Spirit, it is now God who is Lord over us and no longer ourselves. The problem is, we still live in a physical body with it's fallen nature and whatever programming it has accrued. So once again, this is when the war between the old nature (the natural selfish nature of the physical) and new nature (the spiritual one now restored like the original one made in God's image) begins. This “spiritual change” does not come from becoming a religious, good or moral person. It is a huge change that only happens when one truly repents of self-lordship and seeks God and His ways, accepting Jesus' sacrifice in one's place.

Here are a few verses on the matter:

From these verses, we see Jesus explain the requirement for entry to the kingdom of God. What Jesus means by being “born in the Spirit” is exactly that. When we are sincere with God and give it all to Him, the Spirit of God takes our spirits from our “fallen nature” - into the Light of God and we become born-again in His Spirit and in ours with God becoming our true Lord. We must be born-again to enter (become part) of the kingdom of God. This true salvation experience, is done by the power of the Holy Spirit and is when the new nature, God's nature, changes the spirit-nature in the individual person. It does not come from baptism or joining a church. It comes from a repentant and sincere heart who accepts Jesus Christ's pardon and the new life found in Him.

Jesus went on to also say this to Nicodemus:

Moses' “pole” that Jesus was referring to is found in Numbers 21:4-9. That pole was ordered for Moses to make by God, for the children of Israel who had gotten rebellious against God and bitten by the serpents that God had sent in reply to their grumbling and ugly attitudes. If they would admit their sin and come before the pole, they were forgiven and lived. The rest died. This was an early type and shadow of Jesus and we can see Jesus using it in His ministry here with Nicodemus. But it was not only for the children of Israel back in the Wilderness, but for all. As Jesus was explaining, the pole was pointing to Him and the sacrifice He was about to make.

Through the nation that God birthed through the lineage of Abraham, Isaac and Jacob, a priestly covenant was made between God and His people. Jesus came to do a way with the old priestly system and become our personal High priest. The blood of sheep and rams could only put man's sins on hold, until through Jesus, sin could be totally taken care of, not just covered but washed away. Though our sins were as scarlet, through Christ Jesus, they become white as snow.

Let us look at the fallen nature that we all were born with since Adam and Eve.

We have the strong ability in our fallen nature to see something look right to us and be totally wrong and it usually is a problem when we want to believe the lie more than the truth. This is also confirmed in seeing the bigger picture in 2 Thessalonians 2:10-12.

King David's parents were married when he was conceived and born. As a matter of fact, by the time David was born, he had 7 older brothers of the same parents. David understood being born with the fallen nature and that it is passed down from generation to generation.

In conclusion, when a person starts to become weary of sin and self-lordship and begins to seek God and the way out, their spiritual eyes start to open. Even things that seemed foolish before start to make sense and if they want it enough, the truth of Jesus Christ is revealed to them.

Repenting of self and choosing Jesus Christ with one's whole heart opens the door for the spirit to be born-again by the Holy Spirit. And so the war begins and continues until the day we are released from these human bodies and fallen nature. Praise God for the sacrifice of Jesus Christ and the gift of salvation and eternal, beautiful, pure and wonderful life we find in Him.

NEXT ARTICLE
Copyright © 2017 E. Cockrell May be used for personal study or instruction but shall not be copied and/or distributed in whole or part without permission or for financial profit.

CONSIDERING THE PARABLE OF THE SOWER AND THE SEED
This article takes an in-depth look at the revelation of the Lord that He gave to His disciples about this parable and includes charts.
CREATED IN GOD'S IMAGE
Understanding how mankind went from being made in the image of God to a carnal and selfish nature.
IS IT POSSIBLE THAT JUDAS REPENTED AND MADE IT TO HEAVEN?
While we are not God and only He decides who enters heaven or not, we can still consider the situation of Judas.
PAUL'S THORN IN THE FLESH
What does the Bible really say about Paul's "thorn in the flesh?" Was it a physical illness or something else?
THE INSCRIPTION AT THE CROSS
Taking a closer look at the amazing meaning of the Inscription at the Cross of Jesus at Calvary; INRI in Latin, YHWH or JHVH in Hebrew.
WHO CAN HEAR THE LORD?
Understanding the dynamics of being able to hear God or not. Those who reject Him, also reject His voice and more. An open ear and obedience to God brings wisdom and results in good choices. A closed ear to God and disobedience brings foolishness and results in bad choices.
WHY KICK AGAINST THE GOADS?
The lesson we can learn from what happened to Saul of Tarsus on Damascus road.
​
MAIN ARTICLE MENU