How could "these many verses" be explained if "once saved-always saved" were true? 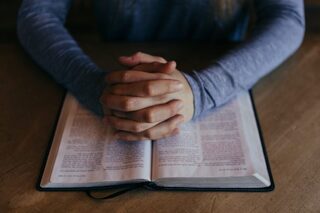 Here are a few statements a person would have to believe, in order to have the "once saved, always saved" mindset followed with Scripture verses that "expose" the impossibility of it.

The "Once saved- Always saved" mindset says:
"IF YOU GET IT, YOU CAN'T LOSE IT & IF YOU LOSE IT, YOU NEVER HAD IT."
Nothing could be further from the truth.
NEXT ARTICLE
Copyright © 2015 E. Cockrell May be used for personal study or instruction but shall not be copied and/or distributed in whole or part without permission or for financial profit.

ARE ALL SINS EQUAL?
This article frankly addresses the question.
ONCE SAVED, ALWAYS SAVED?
A fresh biblical approach to this age-old argument.
THREE DAYS AND THREE NIGHTS
The truth of God's Word, shows that Jesus was crucified on a Wednesday, not a Friday, and that Jesus was in the heart of the earth for three days and three nights, just as He foretold.
WAS THE LAST SUPPER A PASSOVER SEDER MEAL?
This article answers the question with Scripture and by understanding the life and times they lived in.