JESUS HEALED THEM ALL - BIBLE VERSES

Jesus Christ is the same yesterday, today and forever. 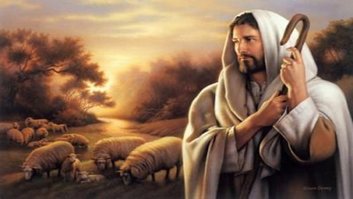 Matthew 8:16 When evening had come, they brought to Him many who were demon-possessed. And He cast out the spirits with a word, and healed all who were sick...

Matthew 14:14 And when Jesus went out He saw a great multitude; and He was moved with compassion for them, and healed their sick.

Matthew 19:2 And great multitudes followed Him, and He healed them there.

Matthew 21:14 Then the blind and the lame came to Him in the temple, and He healed them.

Matthew 12:15 But when Jesus knew it, He withdrew from there. And great multitudes followed Him, and He healed them all.

Mark 6:56 Wherever He entered, into villages, cities, or the country, they laid the sick in the marketplaces, and begged Him that they might just touch the hem of His garment. And as many as touched Him were made well.

Mark 3:10 For He healed many, so that  as many as had afflictions pressed about Him to touch Him.

Luke 4:40 When the sun was setting, all those who had any that were sick with various diseases brought them to Him; and He laid His hands on every one of them and healed them.

Luke 6:19 And the whole multitude sought to touch Him, for power went out from Him and healed them all.

Luke 5:17 Now it happened on a certain day, as He was teaching, that there were Pharisees and teachers of the law sitting by, who had come out of every town of Galilee, Judea, and Jerusalem. And the power of the Lord was present to heal them.

Luke 9:1 Then He called His twelve disciples together and gave them power and authority over all demons, and to cure diseases.

Luke 9:11 But when the multitudes knew it, they followed Him; and He received them and spoke to them about the kingdom of God, and healed those who had need of healing.

John 14:12 “Most assuredly, I say to you, he who believes in Me, the works that I do he will do also; and greater works than these he will do, because I go to My Father.”
NEXT ARTICLE
Copyright © 2016 Carmen Puscas May be used for personal study or instruction but shall not be copied and/or distributed in whole or part without permission or for financial profit.

OTHER ARTICLES PERTAINING TO HEALING

HEALING BIBLE VERSES PERSONALIZED FOR BUILDING FAITH AND PRAYER
A collection of Bible verses about healing personalized for prayer and increasing faith.
HEALING BY FAITH
Encouragement & Scriptural guidance for healing.
HEALING BY FAITH BIBLE VERSES
Scripture to encourage one's faith & stand against negativity & doubt.
RENEWING THE MIND
Being aware of the traps and pitfalls of the devil, can truly make a difference in being victorious over the one who wants to steal from us & kill and destroy us if he can.


Copyright © 2016 Carmen Puscas May be used for personal study or instruction but shall not be copied and/or distributed in whole or part without permission or for financial profit.