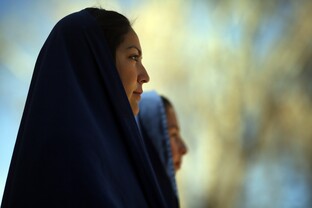 (Just a reminder that as the title suggests- this is Part 5 in an ongoing series. Each “part” is just a small installment in the larger view of the scriptural evidence for the legitimacy of women in leadership within the church.)

As we come into the New Testament scriptures, we are immediately introduced to first century culture. We are given four gospel accounts which teach us about Jesus, His time here on Earth, and His death and ultimate physical resurrection back into Heaven. I am assuming that most of my readers here are familiar with the gospels, but if not, definitely read through one or more of them!

Throughout these historical accounts, we learn that there are now several groups that are often mentioned: Pharisees, Sadducees, Greeks, Romans, gentiles, Jews, slaves, women….and others I’m sure. This lets us know that times have changed a bit since we left OT times (as mentioned in Part 4). During the time between the end of the OT and the beginning of the NT 400 years passed. One of the main historical things that happened in Palestine/Israel and really a large sweeping area surrounding it, was the rule of Alexander the Great. He was Greek, and as He began conquering different land masses and regions, Hellinization took place. That just means that the Greek culture and world view began to take over and permeate the other cultures. This was happening in the region of the Jews and some of the Jews were more relaxed and open to it even though they still identified with Mosaic law and this group (for this and other reasons) became known as the Sadducees. A different group was completely opposed to any Greek influence and desired to cling strictly to the Mosaic law. This group became known as the Pharisees. (These were not the only differences between Pharisees and Sadducees).

Both the Pharisees and Sadducees believed in the Mosaic Law- the commandments God gave to Moses, but the Pharisees also began to add to those laws an “oral Law”, which they believed was verbal instruction that God gave to Moses accompanying the written Law. They held both of these Laws to be of equal value even though the oral Law was completely created by man to help explain and further hedge up the written Law. The intent of the Pharisees was noble, but their actions of creating more laws (to help keep the Mosaic laws) ended up missing the true heart of God and they found themselves being harshly criticized by Jesus and at odds with Him.

So by this time in the culture, we have a large, ruling group of Jewish people (the Pharisees were not just a religious group but also a political group) who have hyper-inflated God’s written Law (all 613 rules of it) with many, many additional rules and requirements, as well as their explanations of what the laws really mean. This bundle of Oral Law is now written down and known as the Talmud in Judaism, in case you want to look into it more. While it is said to be 2,711 pages in length, one estimate says that it would be over 6,000 pages in standard print. So you can see, that’s a lot of explaining and extra additions to the Mosaic Law and this is why Jesus always called them out on it! Keep in mind, Jesus never sinned and yet he did break several laws according to the Pharisees. But it was their man-made laws He broke, not God’s.

Just look at Matthew Chapter 23 to see how Jesus felt about the Pharisees’ practice. It’s the whole “Woe to you, teachers of the law and Pharisees” chapter. You’ll see it begins with Jesus telling His disciples and the crowds (in v 1-2) “The teachers of the law and the Pharisees sit in Moses’ seat…” and it continues on in such a powerful, very clear rebuke of them. God gave laws to Moses but never told the Pharisees to make up all these additional rules and to hold themselves in such false righteousness and pride. Please, go get you Bible or pull it up on your computer now and read through this chapter! I want you to see for yourself how huge this man- made religious system was and how much Jesus hated it. (Jesus still loved the Pharisees themselves and many did repent and believe in Him, but Jesus hated the “spirit” of the Pharisees as it was NOT the Spirit of God leading their “Law”)

Jesus just called out many of the Pharisee’s man made rules but let’s look at just a few of these man made Pharisaical rules that I was able to find that were part of their Oral Law at the time. These, again, are just a FEW of the many that pertain to women. (I am not a Hebrew scholar, and do not claim to fully understand the intricacies of the Talmud but the citations are listed as I found them and these are pretty easy to search out and confirm on your own.)

“May the words of Torah be burned, than that they should be handed over to women.” Sotah, 10a

“Whoever teaches his daughter Torah teaches her obscenity.” Sotah 21b

“One is not so much as to greet a woman.” (Talmud Berakhoth 43b)

Perhaps another illustration would be to compare how in Leviticus (part of Mosaic Law from God) it talks about how a woman is unclean for 7 days from the start of her monthly period. However, in the Talmud, numerous additions are made which extend this to 14 days and also a ceremonial cleansing bath.

Another example comes in the form of a morning prayer. This prayer is still said every morning by many (not all) Jews around the world.

(teaser alert: Keep this in mind when Paul writes to the Galatians, “There is neither Jew nor Gentile, neither slave nor free, nor is there male and female, for you are all one in Christ Jesus.”)

So, you start to get a feel for how Judaism was not exactly the same thing as the Mosaic Law handed down from God to Moses for the Jewish people.

Alright so, in the midst of all this Jesus is born and begins his public ministry about 30 years later.

Keeping in mind my earlier point and also a key tenet of Christianity, Jesus never sinned. He walked on Earth as man but He was and is God. While on Earth, He kept in perfect step with the heart of God. The best way for us to see the heart of God…the same God who spoke to the man and woman in Genesis 1…is to see Jesus. To see how He acted, to see what He did, to see what He didn’t do, and to listen to what He said.

Simply put, the people living on the Earth when Jesus was about to begin his ministry were either Jews or Gentiles. And those who were Jews were doing their best to hold true to what they believed was their Jewish faith. However, as I’ve already made clear the Pharisees had added their own “Law” to God’s Law and aggressively monitored others adherence to it, so in practicality, a large amount of vocal and powerful Jews were now really just following a religion called Judaism. This is why we are about to see a radical shift because Jesus was not on the earth to communicate the heart of Judaism…He was on the Earth to communicate the heart of God and reconcile mankind (which includes male and female) back to God and His original mandate to them.

Let’s look at how Jesus treated women. For time sake, I’m assuming most of you will be familiar with these, but if not, I’ve listed at least one reference next to each example. (note: there are plenty more scriptures than I’ve listed to support these)

Jesus allowed women to speak to Him and he listened and responded. (Matthew 15:21-28, faith of a Canaanite woman)

Jesus allowed women to touch him. (Matthew 9:20-22, woman with the issue of blood)

Jesus chose and trusted a woman to be the first witness of His resurrection. (John 20:10-18)

Jesus sent a woman to be the first evangelist/carrier/messenger of the Gospel message. (John 20:17)

(With the exception of the last example listed above, these are not speaking directly to leadership. Don't worry, I am just setting the stage and this is important to see God's heart toward women and contrast it with the man-made rules that were in place at the time limiting and degrading women.) Jesus had no problem speaking to women and allowing them also to speak. He wasn't afraid to touch them and He allowed them to sit and learn. He was displaying the full heart of God and His actions were 100% consistent with the character of God. This is important to remember when we start looking at some of the epistles that Paul wrote. We will want to make sure that we keep the heart of God in tact as we evaluate the words that are written. If we have to choose, we will want to make sure that our interpretation of what Paul is saying is consistent with the character of God and not the character of the Pharisees and their church culture.


Before I end today's section, I will just add that many will use Jesus’ selection of 12 men to be his disciples/apostles (apostle means "sent one", so they started as disciples and became apostles) as reason to conclude that women cannot be in ministry. To me that is such a ridiculous and almost irrelevant point, (just because He chose men doesn't mean women aren't allowed in ministry) but, since many like to make it, I would simply say that indeed Jesus chose men PRE-cross and PRE-redemption. When He was here on Earth He worked within the tradition as much as possible without violating the heart of God. However, once IT WAS FINISHED through His work on the Cross- redemption could begin. After He died the first person He chose to reveal Himself to/the first person He SENT was a woman! (This was a radical shift and “risky move” as culturally the word of women was not considered an acceptable witness.) But God.

Jesus had come to Earth, died on the Cross in exchange for all of our sins for all of time, and rose again, defeating death, to return to Heaven. In doing all of this, He reconciled all of us who will believe in Him back to God, and paid the debt of sin which had been in effect since the first sin in the Garden of Eden. Canceling the sin and canceling the curse of that sin, He made a way for God’s original plan to be released on the Earth.

It might be a good time to go back to Genesis 1 (Or Part 1 of this series) and re-read God’s original plan for Earth and mankind. I think Mary leaving the tomb and going to tell the disciples definitely displays those mandates given to man and woman in Genesis 1.