Overcoming years of depression to become a viable soldier in the army of the Lord. What the Lord does for one, He will do for another. 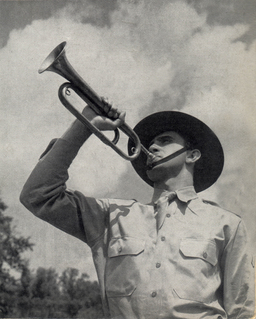 I got a healing! An invisible one!

An enormous healing that cannot be seen with human eyes, just like the wind.

You can feel its power, you can see where it has blown through. As a result, my life will never be the same!

I was frustrated with my life when I had a tremendous dream or vision about the End Times. I had known for years that I had a “last days calling” on my life. I realized that we are in the countdown. But I was so frustrated, and these frustrations personally weighed down on me like a mountain - with me underneath it!

Throughout the years, those frustrations would come and go. There were times that I would be all right and then something happen and I would go through “my issues” again. My mistakes, my parent's mistakes, my spouse's mistakes, our inadequacies, others' mistakes, the things in life that I felt were unfair or just extremely frustrating. These were the things that made me feel helpless and very much like a victim. Oh the “poor me”! If only I had been born somewhere else, if I had made better choices, if I wouldn't have done such stupid things in school, etc, etc. And the strange thing is, I had prayed over and over about all these things many times. Yes, many, many times!

However, these “frustrations” if you will, I had learned to live with. I could not change the past or undo them, and I knew this. So I decided the best choice was to learn how to live with them. Try to rise above them. Learn to cope, like everyone else...

But the mountain of frustration, just kept rising. “If I was a little smarter, if this and if that…” In my heart, I really, really did not want to have “the mountain” sit on me again. I started crying out to the Lord for change: “Please, help me Lord! This “frustration” needs to go. I can't change things in the past or even how it has affected me today. But I just can't seem to be free of it – Help me Lord!”

What happened next was like a dream or something. I really can't explain it but I will attempt to. I found myself at an Army base and noticed a group of Christians some distance away in what looked like an army barrack. Some of them I recognized but others were complete strangers. I had the understanding that everyone was required to stand up and come to attention out in front of the barrack. The reason was important! The “Officer was coming”!

But oh, the horror of it! Only a few were standing and coming to attention! And I do mean only a few, less than 15%. The great majority of the others, were so horribly injured and were focused on their ailments that it seemed they couldn't even hear the call to attention”! One had what seemed a broken arm, yet another an injured leg. The person with the leg issue was laying on the porch, wanting to heed the call, but the pain was so severe that he could not even think about standing. You could see the agony on his face as he rocked back and forth. I saw another with a facial injury, just sobbing uncontrollably. Some of them were just quietly crying, lying on cots. Others I just didn't know why they couldn't stand. But what I did understand was that instead of standing and coming out to greet 'the Officer' - each was agonizing over their wounds.

I realized these were mostly old wounds that had never healed. They had been putting band-aids on them, and yet some with open wounds were repeatedly applying ointment. All the medicine and treatments seemed so useless compared to the severity of what I saw.

All were moaning and complaining about their distress. Their jobs in the spiritual army were being ignored and it was because they chose to focus & agonize over their wounds instead of being at attention. Only now... “an Officer was coming”! How were they suppose to fight? Where was His army going to come from? It did not look promising at all. They were supposed to be “ready” and only 15 percent at best, were able to answer the Call to Attention!

In seeing all of this my response was, “Oh Lord! That is what I have done! I am one of these broken people. I shouldn't live like this! I need to be about Kingdom's business and I have not been!” I was beginning to see all my wounds and putting patches and salves on them was the frustration of learning to “live with it.” It's one thing to be hurt and frustrated if its truly hurting only me, but it is another thing when I am failing God. Somehow, I came to realize that instead of empowering heaven, I was empowering the enemy by being useless and damaged. I could not continue under this load! I cried out from my deepest that was within me.

Then the scene in my dream changed! I was standing with Jesus Christ alongside me. In the front of us, was a very large trash dumpster. I notice a piled accumulation of filled trash bags. It was my trash – and I could smell the stink of it. My criticisms of my past, my failures, my parents' failures, etc. It was my mountain of trash and frustrations. In it was also, my tolerance of letting the devil oppress me. Letting the enemy mop the floor with me. I had even learned to mop the floor with myself too. I stood there next to Jesus with this huge accumulation of trash.

So here I am with Jesus Christ standing in front of a dumpster with an enormous pile of trash bags beside us. We began to 'chuck' each bag into the dumpster.

I did not give the bags to Him, nor did He take them from me. It was together that we threw them into the Father's giant dumpster. While heaving it over that edge, seeing it fall inside that dumpster, I knew where my garbage was going! That dumpster was going to be like the sea of forgetfulness. The amazing thing of it was I never heard it hit the bottom! Because I knew there wasn't one. That load of frustration was: Gone, Gone Gone! Jesus had lifted the heaviest part and together we gave it “the push”. The dumpster was taller than us. We had to lift it up and over, to get it in there. We did it in unison. But His strength was the main strength. Although “we” heaved my trash, He let me have some credit that I was helping too. He could have done it all but He was letting me help in the “cleaning.”

And you know what? I had realized what it meant to finally, totally and completely to “let it go”!

It was amazing! It was like I had lost about a thousand pounds. It felt like I had a heaviness that covered me from head to foot. And now it is gone.

It became so gone, that forgiveness came for me and I could also forgive all the others who had caused my wounds. Peace came for me and my attitude toward others was of peace too. And I am no longer holding account of it for me or them. The Lord holds all the important records in heaven and the courts have some here. But in my “wounded hurt/frustration department:” IT IS EMPTY!

It was my trash! What I remember now is the good of what came of it. If you remind me of my trash, its okay. But for me, I let it go and IT'S GONE! My mistakes, others mistakes, all our inadequacies and the things that I thought did not go right, are GONE!

Now let me tell you something. You might be one of the 15% who were “Standing to Attention” and rejoice for me. But if you have been unable to be free from your past, your hurts, the haunts, inadequacies and frustrations. If you have “issues” that you have been privately carrying around for years or possibly a single issue that has really, really frustrated you. JESUS WILL HELP YOU GET IT TO THE DUMPSTER AND HELP YOU TOSS IT IN! NO MATTER HOW HEAVY! If you are finally ready to be free, understand that it will never happen unless you are willing enough to let it go. Your mistakes and failures and the others too with their crimes and shortcomings. Are you finally ready enough to really let it go? Are you tired of being the devil's mince-meat? Quit letting the enemy mop the floor with you and keep you from empowering heaven... You really can be set free!

It is a choice. But not a choice from the head! I think you have to come to a “crossroads” of sorts, by thinking from within your deepest heart. Do you want to keep harboring your trash? Allowing it to accumulate and stink (to high heaven)? What good has it done keeping it around? Why is it still with you? Why have you not been able to really let it go?

We have to decide for real! We cannot be pitiful, addressing “our inner frustrations” over and over and accepting it. If we want to be able to stand on two legs and be an active person in the Lord's plans, then we have to stand up. We must recognize that we cannot do this alone! If we could have, we would have done it long ago!

Ask Jesus to help you bag up the heart-ache and frustration and take it to the Father's Dumpster. Take all 'the records' along with you. Forgiving yourself and others, throw it all in the dumpster. Real love does not keep a record of wrongs when hurt by others. Justice will handle the crimes as God and the Law take care of the matters. Vengeance is His, the Lord says. I am talking about personal frustrations, heart aches, hurts and the records of it! It is trash and does not need to be riding around with us. It stinks and it is T-R-A-S-H.

If you are free, praise God with me. If you are heavy-laden, think about what happened with me and consider it for yourself today. The Lord is ready when you are!

NEXT ARTICLE
Copyright © 2013 E. Cockrell. May be used for personal study or instruction but shall not be copied and/or distributed in whole or part without permission or for financial profit.
OTHER ARTICLES IN THIS CATEGORY

A CROWN, A KING & A SIGNET RING
A revelatory word by Tracy Anne Loosle.
A WORD FROM THE LORD
Given to Ann Webb Davenport @ New Beginnings Full Gospel Tabernacle, Cameron, Texas, February 21, 2021.
AMAZING AND AWESOME LOVE OF GOD
When seeking the Lord about trying to communicate His love, He gave a dream that truly shows the intensity of agape love of God.
BE ENCOURAGED
A word of encouragement from Corey Austin Shulze.
END TIMES DREAM OR VISION
About a coming disaster that ushers in the private initiation of the coming Antichrist.
I AM
How the Lord showed Delia Garcia that He is," I am that I am."
PERSONAL BREAKTHROUGH, ABOUT HOW THROUGH OUR PATIENCE, WE REALLY DO POSSESS OUR SOULS
About learning a key to a stronger paradigm regarding the power of patience.
THE CHOICE
When the Lord is your shield, nothing can compare.
THOSE ABOUT TO BE GIVEN OVER FOR CORRECTION﻿
What happens when people reject the correction of the Lord over and over.