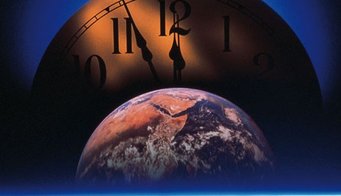 We are living in the last of the last days. The rapture will happen; it is only a matter of how and when. While there are many views on the rapture and future events; we need to consider all the Bible has to say, not just alleged doctrine built on select sections of Scripture. Most erroneous doctrines or concepts can be found to have taken only a portion (or portions) of the Bible into consideration instead of considering all the Bible has to say on a subject. In so doing, the real intent and essence of what God is telling us, can be dangerously missed. Such is the case in there being so many different rapture views.

The anticipation of the rapture has been going on, practically since the day the Lord ascended into heaven.

It was the consensus of the New Testament writers, at the time of their writings, that it was "the last days" (Hebrews 1:2 and Acts 2:17 for example) and "the coming of the Lord" (James 5:8) was at hand.

Peter foretold of people saying “where is the promise of His coming?”


Jesus described the "harvesting of the saints and the elimination of the wicked" as coming at “the end of the age.”


Later the disciples would ask Him more about it.

This is also established through the fulfillment of prophecy. This anticipation and fulfilling of end times prophecies are often called "signs of the times" by many.

Listed are some of the different views about the future including the rapture.


The truth is that every Christian needs to read their own Bible and see for themselves about everything. Preaching and teaching are great from others but the bottom line is that unless a person has the Word of God in them, then how, when being taught or influenced, will we recognize what is right and what is not? Many times the Lord is just waiting to show us revelation and what we need in His Word, if we would but open our own Bibles and read with an open heart looking for His direction.

In conclusion, many people say, it does not matter when the coming of the Lord is, just be ready. This is somewhat true, but the hard truth is that, if a person thinks that they will escape hard times, tribulation and persecution, and then if that person does not get "raptured up" ahead of the rough times that they thought they would escape, will their faith really still stand? And especially when the Antichrist will be doing lying wonders and the devil will be making it very hard for anyone to be a true Christian.
NEXT ARTICLE
Copyright © 2014 E. Cockrell. May be used for personal study or instruction but shall not be copied and/or distributed in whole or part without permission or for financial profit.

WHAT IS THE RAPTURE?
How we know there will be a rapture and more.
IS THE WORD "RAPTURE" IN THE BIBLE?
Understanding  "harpázō" - the word from which we get the term "rapture" that we use today.
THE MYSTERY OF THE 70 WEEKS OF YEARS
From this prophecy in Daniel, "the last week of years" are determined, which are commonly known as "the 7 years of tribulation" and this article includes a chart to help in understanding.
THE TRIBULATION AND THE WRATH OF GOD
Understanding that mid tribulation rapture is pre-God's wrath. Taking a closer look at what "wrath and tribulation" really mean and what really happens during the last 7 years of this age.
﻿﻿"TRIBULATION AND WRATH" - BIBLICAL DEFINITIONS AND USAGE
A word study, taking a deeper look at original context.
THE BIBLICAL MINDSET FOR LIVING IN THE LAST DAYS
The best biblical mindset for living in the last days, as shown in 1 & 2 Thessalonians.

Copyright © 2014 E. Cockrell. May be used for personal study or instruction but shall not be copied and/or distributed in whole or part without permission or for financial profit.