A fresh & biblical approach to this age-old argument. 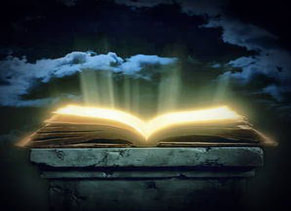 Can a person who is born, be unborn?

One can kill them, but they still existed.

Can a person who is born-again, be unborn-again?

They can turn their back on God and forsake Him, but there will still have been “the time” that they came “in the Light.” They can only forsake the Lord. Will they go to heaven? No way. Jesus says, they who know Him and love Him, follow Him (John 14:23). Jesus says that those who deny Him, He will deny before the Father (Matthew 10:33). Faith without works is dead (James 2:20, James 2:26). We must start, run and finish the race. If “our walk” does not match “our talk,” we might be fooling ourselves, but we can never fool God (Titus 1:16). Once a person “sees the Light,” he or she can “walk away” from the Light, but they will still have “known the Light” for however long they did.

Forthcoming are two examples that explain much. They are both “pre-crucifixion” but their experiences reveal much.

Judas never truly believed on the Lord. Jesus said that Judas was never one of His own (John 17:12). Jesus chose twelve young men to take them into His “discipleship.” Rabbis chose disciples to teach them so that one day, they would be rabbis also. But while Judas had the talk, his heart never found Jesus as Lord. (John 6:63-64).

Peter, on the other hand, knew the Lord (John 6:68-69) and yet erred tremendously. He denied even knowing the Lord three times. Jesus foretold of it and He said this:


Jesus told Simon Peter of how He had prayed that his faith would not fail. Jesus even told Peter, that He knew Peter would fail, but that He also knew He would return and when he did, “to strengthen his brothers.” Jesus knew that Peter would backslide and deny Him three times. The account of it is recorded in Luke.


Simon Peter backslid; He denied the Lord, not once but three times. Pretty scary huh? What if he had died during that time? The Lord said, if we deny Him, He will deny us before the Father and His angels in heaven.

What did Jesus have to say?


And yet, there are those that go from darkness into the Light of the Lord and do not stay. Jesus made it clear, why people forsake Him.

People forsake the Lord every day. Jesus said He will not leave us or forsake us. He did not say that we cannot forsake Him. There are and will be people in hell who were previously born-again but forsook the Lord.

God cannot honor someone who forsakes the Light for darkness. This is even worse than those who refuse to believe.

What does the Bible say about truly repenting and then choosing to continue the sin again?


Many who come to the Lord, fail to hold the faith. Some forsake or deny the Lord by literally walking away and some forsake and deny Him by the life they live. The Lord says in the parable about the Vine and the Branches, that we either “bear the fruit of of the vine that we are branches of”or eventually, if the “branch” forsakes “the vine,” he will be “cast into the fire” (John 15:1-6). Notice he was “a branch of the vine.” He did “believe in the Lord” enough to be “a branch of the vine.” This parable is not for those who “never believed,” but for those who “believed;” some bore fruit and some later did not, because they “forsook the Lord.”


Let's take a fresh look at the Parable of the Sower and the Seed.

In the parable about Sower and the Seed, all four “received the seed.” The seed is the Gospel. This is not a parable about the Lost, but about the Found. All four start to grow, but only one really grows to full production. Please read the Parable again carefully.


Once again, this is "not the parable of the lost." This is the parable of what happens with those who receive the Gospel. All four received the seed.

Receiving the seed is “being born-again” - conversion. But there is a life to live. It is not all about “the start.” Jesus is saying here, the seed though received, needs to grow and prosper making fruit. This is successful godly living. This is what God wants for us.

The second one, wanted out of the darkness, received the seed and was really happy to see the Light- but, he did not “want it enough.” At the first sign of tribulation or persecution for “doing what was right,” he went right back to the darkness.

The third one, received the seed of the Gospel, but he failed for a different reason. Not persecution or tribulation, but the cares of this world and the deceitfulness of riches choked out the word.

The fourth one, received the seed and followed through  in obedience with God's plans.

Jesus said we must follow Him with our whole hearts. Many start out to follow Him, but are not whole-hearted. The first three received the seed of the Gospel but then forsook it.

How does God feel about being forsaken?

Please read this next verse and consider that this was first said about God's chosen people whom the Lord delivered from the Pharaoh:


What will God really allow in through the Pearl Gates?

Let me just ask you something? Why would a holy God, let rebellious evil people into His heaven when they once followed Him and then forsook Him? If you were God, would take in people who betrayed you?

The Lord is merciful and gracious, slow to anger, and abounding in mercy (Psalms 103:8), but it is not good to forsake Him. In closing, here is another verse where “God's own people” forsook Him (hopefully anyone could see by now, that it is possible to be one of “His people” and forsake Him).


It is not the point of this article to scare anyone about losing their salvation. The point of this message is to expose "once saved, always saved - false doctrine" that is taught in many churches today. It is possible to be saved and then lose one's salvation through wrong choices. And for those who do, unless they repent again, they are hell-bound.

There is potentially very serious harm in the "once saved - always saved" concept.

If a person believes they are truly saved and that there is nothing that can cause them to lose their salvation, then this is a false sense of security. There is huge danger in thinking that one cannot lose their salvation because once a person finds oneself in hell, it is too late.

Here are some things that can cancel a person's salvation:

- Unforgiveness, for if we do not forgive others, then our forgiveness is cancelled.


- Denying the Lord, for if we deny Him, then He has to deny us.


- Forsaking the Lord, as in any branch that does not bear fruit, is cast in the fire.


This is not a harsh thing to bear fruit. What this means is that there is evidence of the Holy Spirit residing in a person as Jesus being their Lord. Thankfulness, kindness, humility, love, patience, gracefulness, joyful, peacefulness, having integrity, etc. (and all the fruits of the Spirit) as these are the personality of God and if He is truly Lord of someone, this person will be faithful to Him and live with His direction in their life. Does the born again person sin sometimes? Certainly, but the carnal nature is no longer boss. The born again person abides in Jesus and Jesus abides in the person and keeps a clean heart and life through repenting and getting back up and working to do better. Do the good works save the person? No, a person is always saved by grace. The works are evidence (the fruit) that Jesus is their Lord as they are no longer living a life of pleasing a sinful nature, but seeking to please God.

This is not talking about slipping into a sin; this is about willfully sinning after knowing better and repenting and then choosing to go back and continue in that sin.


- Taking the mark and worshiping the beast. The day will come when it could happen. And anyone who bows to the will of evil and succumbs in this fashion, will face eternal doom.


Conclusion: Believe the whole Bible and not just verses that sound leaning a certain direction. All the verses matter on any subject. "Once saved, always" saved is an impossible doctrine. Should a person then live in fear of losing their salvation? No, but a healthy respect of "God and what He says" will keep a person from hell. We must not only start the journey of faith, but we must also finish it accordingly.

Keep abiding in Jesus and Jesus will keep abiding in you. Live your life to the end with Jesus as Lord, and you will make it to heaven just fine. Stay true, forgive others as God has forgiven you and hang in there, no one could ever snatch you from God, unless you choose wrongly. He said He would never leave or forsake us. Only we do the leaving and forsaking. The Lord wants you to make heaven and supplies all needed to make it. Just love the Lord with all your heart because He is loves you with all of His!﻿

Why? Because they know that Jesus is the Son of God and He died for their sins, and they chose to serve the devil, knowing very well what they were doing. Who can convince them about something they already knew and rejected? But if they decide to return and truly repent, they will be saved.

ONCE SAVED, ALWAYS SAVED - EXPOSING THE IMPOSSIBILITY
How do we explain these many Bible verses if "once saved-always saved" is true?

OTHER ARTICLES IN THE "SALVATION" CATEGORY

MANY ARE CALLED, BUT FEW ARE CHOSEN
Understanding what this verse in Matthew really means & who qualifies.
RETURN TO THE LORD
Were you once right with God and somehow slipped away?
SALVATION
If you died today, do you know where you would spend eternity?
​TRUE REDEMPTION
Jesus Christ is the only true redeemer and no one can come to God except through Him.
WORTHY
Understanding the seriousness of Matthew 10:38, "And he who does not take his cross and follow after Me is not worthy of Me."