WHAT IS THE RAPTURE? 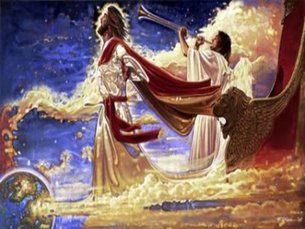 What is the "rapture" and the signs of its coming? Are the rapture and the Second Coming, the same event? No, the rapture and Second Coming are two very separate events. Does Jesus come back to earth, to live and walk among us again in this age? No and He has warned us that impostors will come and do just that, pretending to be Him. Will the church simply disappear one day and arrive in heaven at the call of the Lord? The Bible says that all the tribes of the earth will see Jesus when He comes for His church and that it will be a huge event. Let's look at what the Bible really has to say about the rapture.
​
Before Jesus was crucified, He shared His heart deeply in regard to the future. Jesus let His disciples know that He would be leaving, but also, that He would come again for His people.

Jesus said that He would leave, to go and prepare a place and come again for us, so that we may be with Him.


What did Jesus mean by “in my Father's house are many mansions”?

This is in regard to people living in heaven and having homes there. The Lord has prepared a place for each and all of His children. He said “I go to prepare a place for you.” Did He say when and how this would happen? Yes, He said “I will come again and receive you to Myself; that where I am, there you may be also.”

The rapture is when true Christians, who are alive at the time, are “raptured up” (suddenly and openly caught up or gathered up) joining the ones who previously died in Christ, and meet the Lord in the air. Everyone will see Jesus and all believers' bodies will be changed in the twinkling of an eye and He will then take us all to heaven to the place He has prepared for us.

There is much information in God’s Word about how Jesus is coming again.

In Matthew 24:1-51, Mark 13:1-37 and Luke 21:5-36, Jesus told about what we call the “rapture” and that there are things which must happen first. After Jesus ascended to the Father, the early disciples and apostles longed for the Lord to return for them. It is written about and referenced by Paul in his books of the Bible and additionally by John, Peter and Jude. The “coming of the Lord” is also prophesied of and referenced in books of the Old Testament including Psalms, Isaiah, Daniel and others.

In his later years, John the apostle, was imprisoned on the Isle of Patmos and while there, the Lord took him in the Spirit to heaven. He was also given many dreams, visions, exhortations and shown much about very important things to come. The Lord told John to write "special letters to 7 of the early churches" and ordered John to tell of what is to come and to do it all as He, Jesus, was instructing John. The whole book of Revelation is really from Jesus to His church by way of John.

It is very important to know, that Jesus never said He was coming back at the rapture to stay. Jesus did not say that He would set foot on the earth at the rapture. Instead, His Word says that He will come from heaven with the saints (those in Christ who have preceded the living) who are in heaven already (1 Thessalonians 4:14) and His angels, and call the remaining saints (who are alive) up and unto Himself and return to heaven. The Lord makes it clear that “anyone walking the earth and claiming to be Jesus” is an impostor. Jesus will only stop in mid-air and call “the saints up” and then return to heaven.

It is important to understand that Jesus “openly takes up” His church from this world and that the word “rapture” we use today, is taken from the Latin Vulgate translation of the Greek word “harpázō.” In the article "Is The Word Rapture In The Bible?" it is explained more.

Here are 3 sections of Scripture, directly describing the “coming of the Lord” to “gather up” His saints. Please consider the rapture and events that will precede it.


In the New Testament, the rapture is most often described with the Lord coming on the clouds of heaven or with clouds. This is an easy way to recognize that it is our gathering together up to the Lord at the rapture when there are clouds involved. At Armageddon, Jesus comes on a horse with the armies of heaven and no saints are "gathered up" as the rapture has already taken place by then. The rapture is the time of the "gathering up" of the Lord's people. Saints are not “caught up” or “gathered up” at any other time as recorded in the New Testament other than at the rapture. By the time of the Great White Throne of Judgment, all saints will have long been raptured up and living with the Lord. The Great White Throne of Judgment is the time of judgment for the lost and happens after the Millennium (see the timeline chart).

Here is a simple chart, showing the key differences between the rapture and the Second Coming of the Lord.

There are verses that warn about impostors, false prophets and the time of deception that precedes the rapture.


The Lord has warned us to never believe that anyone we see here or there on earth is Him. Jesus is not coming at this time to set foot on the earth. And we must know that anyone claiming to be Jesus (even if they perform incredible miracles, signs and wonders) is not Jesus. Anyone doing so is an impostor.

The Antichrist will be unique; he will not be a false Jesus, he will be a false Christ (a false Messiah).

He will be a false Messiah who will deny the Messiah-ship of the true Jesus Christ. He will try to say that Jesus Christ was not the real Messiah or the Son of God. Through his lying charisma and deceptive abilities, he will come posing as the “real” Messiah. After a while, his real colors will start to show and eventually, close to the end, just prior to the rapture, he will go completely open declaring himself as God and even sitting in the temple (that will be rebuilt in Jerusalem) as God.

The Bible warns of this serious “false Christ/Antichrist” in particular.

This ﻿Antichrist is a son of perdition﻿. He will be very, very convincing of being a good guy but he will really be “of the devil” and will try to destroy all the plans of God and take as many people to hell with him as possible.

This false-Christ or Antichrist is spoken of in many places. Here is a section of Scripture that explains what must happen before the rapture, including what this evil deceiver will do.


Notice in these verses how he will work unrighteous deception among those who perish. The wicked will easily fall for him because they love the darkness more than the Light. They will not even receive “the love" of the truth. Those that belong to God, who know and trust their Bible, will realize what is going on because they love God, His righteousness and truth, even to the uttermost.

The Bible has so much to say about all these things.

The Lord wants us to know the signs of His coming, what to watch out for, who the enemy is, how he works and not to be deceived. The Lord wants His people prepared. The devil has already started with great deception. We are living during the time of the apostasy or great falling away described in the verses above, in ﻿2 Thessalonians 2:1-10﻿. It is possible that it will not be too long, before tribulations and persecutions start to really increase. Eventually it will surpass any other time in history (Matthew 24:21).

The Lord said something very important that we must hold on to. We must be willing to stay faithful to the Lord at all cost, not looking back at or longing for anything from this world.


As persecution increases, times will get very difficult for people staying true to Jesus Christ. The Lord also said,


If fear tries to come upon you, remember this next verse.


Does anyone like being persecuted or going through hard times? Certainly not. Do we have a choice about it? Not really. So what can we do? We need to realize these two important aspects about days we are living in.

1. There is a false Christ coming who will be very deceptive. Do not fall for him. He will appear to start out doing good but will really be utter evil. The good will be short-lived. He is really coming to bring destruction on the earth and lead people to hell. Anyone who worships the Antichrist and takes his mark, is eternally doomed (Revelation 14:9-11).

2. Stay true to the Lord and look for His return! Know the truth of His Word and have it strong in one’s heart. Be like the 5 wise virgins, keep our lamps trimmed and have plenty of oil. This means staying strong in the Lord and persevering to the end!

Christians will be able to endure as Revelation 12:11 says, “And they overcame him by the blood of the Lamb and by the word of their testimony, and they did not love their lives to the death.”

NEXT ARTICLE
Please click here, if you are interested in our new book: A CASE FOR MID TRIBULATION RAPTURE
Copyright © 2014 E. Cockrell. May be used for personal study or instruction but shall not be copied and/or distributed in whole or part without permission or for financial profit.

IS THE WORD "RAPTURE" IN THE BIBLE?
Understanding  "harpázō" - the word from which we get the term "rapture" that we use today.
RAPTURE VIEWS﻿﻿
Article showing various end time and rapture views including millennial views with definitions to help in having a deeper understanding.
THE MYSTERY OF THE 70 WEEKS OF YEARS
From this prophecy in Daniel, "the last week of years" are determined, which are commonly known as "the 7 years of tribulation" and this article includes a chart to help in understanding.
THE TRIBULATION AND THE WRATH OF GOD
Understanding that mid tribulation rapture is pre-God's wrath. Taking a closer look at what "wrath and tribulation" really mean and what really happens during the last 7 years of this age.
"TRIBULATION AND WRATH" - BIBLICAL DEFINITIONS AND USAGE
A word study, taking a deeper look at original context.
THE BIBLICAL MINDSET FOR LIVING IN THE LAST DAYS
The best biblical mindset for living in the last days, as shown in 1 & 2 Thessalonians.