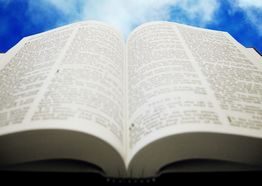 Before jumping to the New Testament, in this 4th part of the series, I want to make a few statements that I think are basic, well-agreed upon statements. And then of course I’ll try to make them come alive in a  relevant way. If you miss having specific verses and such, no worries, just understand that I have to lay some foundation here and I really don’t want to write a 15 part series. We’ll get back to line upon line soon enough!

So, the first point is that there is a time period of roughly 400 years between the Old Testament time period and the beginning of the New Testament. In other words, a lot happened in history that isn’t recorded here. Sometimes it is referred to as “the silent years”, but regardless of what you want to call it, the events of the New Testament take place 400 years after the events recorded in Malachi, the last book of the Old Testament. The reason I bring this up is because it is important for us to understand that Jesus was not born into the same culture of Malachi, or other Old Testament culture. Sure, some of it was the same, but a lot of stuff happened throughout those 400 years, and the culture changed a lot. (For instance, have you ever stopped to notice that there were no Pharisees or Sadducees in the Old Testament but there are in the New Testament?) While there is no record of these 400 years in the Bible per se, they certainly did take place in reality and there are countless records of them in history books. (Remember hearing about Alexander the Great and then the Roman Empire? Yeah…that was during this time. Want to know what the Jewish Festival of Lights/Hanukah is all about? Yep-this time period too!)

I was thinking a modern equivalent would be like if we read something the Pilgrims wrote as they landed in America, and then turned the page to read something that was written right now! (2014). I think we can all agree that a lot has happened in the history of our country since 1620.  While many things remain the same, our culture is entirely different. We have things like planes and automobiles and computers and internet. We have microwave popcorn and traffic lights and space shuttles. We no longer have slaves (if you want to argue, I’ll rephrase it to we no longer have legal slaves), women can vote and races can marry. It is a “different world”. Keep this in mind as we read scripture from the gospels and epistles of Paul.

Second, the 4 gospels all record the basic story of Jesus and his life from birth to death and resurrection. Do you ever wonder why we have 4 gospels? I mean, why do we need 4 different accounts of the same thing? Most scholars agree that each gospel is written in a particular way for a particular people group/audience. While all 4 Gospels are indeed for everyone, the nuances of each individual book seemed to be geared more toward one of the dominant people groups at the time. You can check this out on your own and make sure it’s not just “Eileen’s idea” (trust me, its not…but be “Berean” and verify what I’m saying also!)

Of the four gospels, Matthew seems to be written with the Jews in mind. Mark seems to be written with the Romans in mind, and Luke with the Greeks in mind. John appears to be the most universal of all, appealing to all equally. Let me say with 100% clarity that I believe all four of the gospels, as well as the rest of the Bible, is the divinely inspired word of God and is useful to all of us. I would just like you to understand that there were different groups of people that were the prime audience of New Testament writings. The three main groups were the Jews, the Romans and the Greeks.

When we get to the other books of the New Testament, specifically the epistles written by Paul, it is important to note that these were actual letters written to a specific group of people, in a specific setting at a specific time. Does this mean that I am saying that these books of the Bible are irrelevant to us now? No, that’s not what I am saying. Again, I believe ALL scripture is relevant to us today. What I am saying, or starting to lay a foundation for saying later (haha), is that we must understand the original context of the book (of the Bible) that we are reading. The principles expressed will hold true over time if the context holds true.

In other words, if you today find yourself in a situation similar to the situation at the time of the writing and the circumstances are the same, then the truth taught way back then will still apply to your situation today. However, if you are not in a similar situation and the circumstances surrounding you are different, then the advice given back then very likely will not apply to your situation today. Now keep in mind that the Bible is God’s word and God’s word covers many “layers”. What do I mean by “layers”, well, God’s word speaks to specific situations but also speaks more general truths that aren’t as specific.

Let me explain what I mean by this. First a general example for now and then I’ll bring in many scriptural examples as we progress.

General example: I give a little boy 20 nutter butter cookies. (In case you are unfamiliar with these cookies, they contain peanut butter) Another little boy and little girl come over and they have nothing to eat and are clearly very hungry. I would advise the first boy to share his cookies with both the second boy and the girl. I would advise this because it reflects God’s heart to do so. It is consistent with His heart for us to “prefer others over ourselves”, “God loves a cheerful giver” and numerous other scriptural truths throughout the whole breadth of the Bible.

However, let’s say that the circumstances change a little whereas the entire situation is the same except the little girl has a life threatening peanut allergy. In this case, my best advice would be to share these particular cookies with the second boy but do not by any means share them with the girl. In fact, I would be pretty emphatic about it and would have no other practice given these circumstances. This advice would still reflect the heart of God and would be supported by many passages of scripture as well. And yet, the advice given, if one does not take into account the specific circumstances, could produce some wildly wrong conclusions of how God wants us to treat others. Some conclusions might be that (a) we are only required or advised to share with ONE other person (b) we should only share with males and not females (c) it is okay to be mean to some and not others (d) girls should never eat peanuts/nutter butter cookies, (e) etc.

Getting back to my “layers” comment above, if we familiarized ourselves with all the various circumstances of the scenarios above, we would be able to draw a specific truth from the above examples which is to never give food containing peanuts to someone with a life threatening peanut allergy. But we would also see that there is a general truth that “sharing is good”. In the future, if I found myself in a similar situation where I had 2 cookies and 2 hungry people in need, I could ask myself, “is this situation the same as the first example? the second example? Do either of these people have peanut allergies? Do my cookies even have peanuts in them?” In asking these questions I would be able to discern if I am able to apply the specific truth or if I am to just apply the general truth because the specific circumstances are different than the original.

Going one step further, let’s say that I get three letters in my inbox regarding this very issue.

One email is from one location involving a girl with a peanut allergy and a boy who has peanut butter cookies. I write a return letter advising “Do not by any means give the girl your cookies”.

Another is from a second, entirely different location and involves a girl who has no allergies and a boy who has peanut butter cookies. I write a return letter advising, “By all means, share your cookies with her”.

Third email is from yet another location and involves a girl who has peanut butter cookies and a boy who is hungry and has no allergies. I write back advising once again “By all means, share your cookies with him”.

I take the time to write all this out (wow it was a lot of writing!) to drive home the point of how important it is to know the original context of the letters being written by Paul. As we move forward we will see how Paul’s letters were written to many different churches that were facing very different situations. We will see that of all the letters written by Paul and all the verses relating to women, there are but only a few that seem to bring any restriction to women. To take one part of one letter that he wrote (that stands in contrast to what he has written in other letters!) and try to apply it universally and out of context is just not smart. It would be the same as taking our above example and concluding that a boy should never share his cookies with a girl. The only problem is, if you look above, you’ll see I actually advised that the boy should share his cookies with the girl in the second situation! Hmmm, so when we see that there is apparently conflicting advice written by the same apostle (Paul) we are best to take our time and look at the whole volume of scripture and all its circumstances as we seek the true heart of God toward women.