PART 1
Introduction & understanding the mandate of the Lord in Genesis. 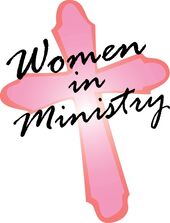 I decided to title this series of posts “Scriptural Basis for the Legitimacy of Women in Leadership Within the Church” because I believe that it is exactly the legitimacy that is being challenged. In the dictionary, legitimacy is defined as, “allowed according to rules or laws, real, accepted, official”.

While there are so many churches out there limiting the role of women in leadership positions in the church (and even sometimes outside of the church), I believe that there is ample Biblical evidence to prove that this practice is harmful and is wrong. In other words, while I certainly believe that men and women are different in many ways and their genders are distinct and preserved, I see no support for limiting the functional roles of women because of their gender.

I would argue that in many places worldwide, and in many churches here in my home land of the United States of America, there is an illegitimate hierarchical, gender-based structure in place that has been and continues to limit women from functioning in their full God given capacity.

It is my desire to walk you through the Biblical truths that I believe support women in leadership and legitimize their full function and participation in advancing the Kingdom of God.

Before I get started I think it’s worth noting that I am writing this as a Bible believing born-again Christian and I am primarily writing this for an audience of the same description. I am not here to validate the authority of the Bible. If you continue to read, you must accept that I am writing with a full acceptance of the authority of scripture and it is upon which I am basing all my points. Also, clearly I am not the only one speaking and writing on this matter. I so appreciate all of the men and women who have gone before me and have helped to break things open. My only desire is to join efforts with all of them and fully demolish this stronghold of the enemy.

I want to start off laying a basic foundation, so we will begin in the beginning of the Bible, right in the Creation narrative found in Genesis 1:27-28.

So God created mankind in his own image, in the image of God he created them; male and female he created them. God blessed them and said to them, “Be fruitful and increase in number; fill the earth and subdue it. Rule over the fish in the sea and the birds in the sky and over every living creature that moves on the ground.(Genesis 1:27-28)

We also see in verse 28 that God blessed them. He didn't just bless the male, He didn't just bless the female, He blessed both of them. Then God spoke. He didn't just speak to the male, He didn't just speak to the female, He spoke to both of them. What God was about to say equally applied to both male and female. Next, I like to look at the verbs- the action words- of what God said to them. There seem to be 5 of them: Be (fruitful), increase, fill, subdue, and rule. These words will give us some insight into what God wanted of both men and women. It allows us to see His original intent and plan.

So what do these words mean? Let’s take them one at a time. Most of them are straight forward but you never really know for sure until you look them up. I like to be thorough and I want to teach you to do the same.

The first verb: BE. If you use what is called an “Exhaustive Concordance of the Bible”, you can look up the word in the original Hebrew and see that this verb is tied into the next word, fruitful. So what we are really defining here is what it means in the original text to “be fruitful”. It is the Hebrew word “parah” and there isn't much mystery to it, it simply means “bear fruit, cause to bear fruit, make fruitful or show fruitfulness”. Hmmm- let’s look up “fruitful” in our modern day dictionary just to see if it shines any additional light on this command. When I do that using Miriam- Webster’s I see that it says that fruitful means “abundantly productive, or conducive to an abundant yield.”

Using the same study methods, we continue on…

The second verb: INCREASE. Well, I think we all know what that means. It means to multiply or make more. And that’s exactly what it means in the original Hebrew (“rabah”) too.

The third verb: FILL. Again, straight forward, in original Hebrew (“male”) it means “to fill”. When we look up “fill” in dictionary we see some cool stuff: “to occupy the whole of”, “to spread through”, or “to put into as much as can be held or conveniently contained.”

The fourth verb: SUBDUE. This is the Hebrew word “kabash” and in the original Hebrew it means “to subject, subdue, force, keep under, bring into bondage”. In our current dictionary it means “to get control of by using force” or “to conquer and bring into subjection”.

The fifth verb: RULE. In Hebrew this is the word “radah”. It means “to rule, have dominion, dominate, tread down.” In our current dictionary we associate the word rule with “the exercise of authority or control” and “dominion”.

Okay, so perhaps that last part seemed a little detailed for you. Maybe not. Either way, there’s a reason I took the time to go through it all. I want you to see that when God created male and female in His image, to reflect Himself here on earth He also spoke to both of them and told them both to do all of the above.

Did you happen to notice that in the “to do” list for the woman (and man) were words like: “Subject”, “Force”, “Control”, “Dominate”, Rule”, “tread down”, and “exercise authority”?

God’s original plan was for male and female side by side to reflect God’s image here on earth. To take control of the earth, to dominate it, to rule over it.  They were never meant  to rule over each other, or dominate each other, they were meant to be fruitful and multiply with each other and fill the earth. In doing so, and being made in God’s image they were then to sustain the dominion of God throughout the earth.

Let’s take another look at those verses now and hopefully they come alive in a new way or solidify what you've already known.

So God created mankind in his own image, in the image of God he created them; male and female he created them. God blessed them and said to them, “Be fruitful and increase in number; fill the earth and subdue it. Rule over the fish in the sea and the birds in the sky and over every living creature that moves on the ground.(Genesis 1:27-28)

So that was how it all began. That was and is and always will be God’s plan for women (and men). So as I end today’s teaching here I want you to know that if you are a woman, you are indeed (1) created in the image of God (2) created to reflect God’s image here on Earth and (3) completely and legitimately able to exercise authority here on Earth.

There is absolutely no difference in the mandate from God to male or female. There is indeed a distinction of gender but there is no distinction of functional roles or purpose. If you believe a man can have authority on earth than you must believe a woman can as well. If you believe a man can rule and lead, then you must believe a woman can as well. We need both men and women to be fully functioning side by side in partnership in order to fully reflect God's image and purpose for us here on Earth. Keep this original creation of God and mandate of God in mind as we continue forth. Today’s teaching was pretty easy/short and sweet. But we know that things didn't stay this way and sin entered the picture and the curse of sin became a factor. But don’t worry- God’s original plan is still in place no matter what you've been taught about scripture limiting the roles of women and I plan to prove it to you.