AMAZING AND AWESOME LOVE OF GOD 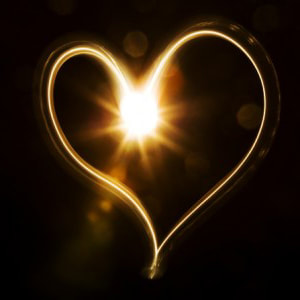 I had been meditating and seeking the Lord about “how can man know the measure of God’s love?” What can possibly show or explain it? It is like people hear about His love and sacrifice, but they still just miss it. And the Lord gave me a special dream that shows His amazing love. If it were a movie, it would qualify as a “tear-jerker” or a “rip your heart out” story.

There was a man who seemed to be about 30 to 35 years old. He was strong and handsome but beyond that he had the most beautiful eyes of anyone I had ever seen. He seemed so incredibly nice and genuine. And there was a woman of about the same age with striking and amazing natural beauty. She was absolutely beautiful without needing to add anything. She had pure beauty. And He loved this woman. He loved her with such a pure love, the kind of intense love that you could see it clearly in his eyes. To him she was so beautiful and perfect just the way she was. And he wanted her for his wife. But, she did not want him. Without even using words, I saw her reject him. She looked right into his incredible deep and loving eyes and said without even moving her lips, “I don’t want you,” and she simply turned and walked away leaving him standing there.

And there he stood, the only one who loved her with a pure love. The rejection cut like a knife and burned like hot coals. But he had to let her go. It was her choice. So he did. Then, in a short time, I saw him watching her from a short distance, as she dressed herself up with a beautiful dress of an expensive fabric. It was a shade between pale lavender and soft pale blue. And she then put on fine hose. And she took the time to turn her beautiful natural hair into something stylish and elegant by any standards. It was a far cry from where she started. Then she added beautiful and shiny, complimenting jewelry. And she put on beautiful and elegant shoes that coordinated with her look to perfection. And then she added the crowning touch with putting on the finest and most fragrant perfume. And from there she went “out in the world” seeking love and fulfillment. She was seeking a love that would fit “her criteria.”

She was searching for something that could never be found. And all the while, giving her “whole self” to men who used her sexually; while, the one who loved her truly was nearby, lovingly waiting for her to come to her senses, waiting patiently, without condemnation for her poor choices, hoping that she would realize what she was throwing away. In time she spiraled from emptiness and loneliness into sadness and empty despair.

Finally, after years of this, while in one of her drunken states and near the end of her rope, she stumbled along until she landed in an old abandoned greenhouse where a plant nursery tossed out their old and sickly plants. And she collapsed there, in the middle of some hydrangeas and orchids that were actually blooming in the midst of all the pitiful and dead potted plants. It was so late in the day and she just lay there in a “drunken stupor” down on the ground among the plants. The person who was once so “all dolled up” and “worldly sophisticated” lay there, thoroughly trashed and wasted away. She was null and void. on the inside The man who had loved her truly was always nearby waiting for her to come to her senses without fail. But she consistently refused him over and over. It was “her choice - her life.” As she lay there, another one of the men who just wanted her for his selfish desires, took her and had his way with her, right there among the plants. She was so out of it that she did not even realize what was happening. And not long after the guy was finished taking all he wanted of her; he left and just left her laying there. It was a horrible sight. How far she had fallen from when I first saw her. It was so sad.

And very shortly thereafter, the wonderful one who loved her truly that she so adamantly always rejected, he came to her there. She could not even look at him. But he reached down to where she was and picked her up in his strong, loving arms. As I watched, I thought, what is he going to do with her? And as he lifted her out of the cesspool of a situation; I realized then that she had no strength and could not even walk. Little by little she had given herself away to “worthlessness” over and over until she was all but gone. So he carried her out of there, ever so gently with those two strong, loving arms and his broken heart and with such tenderness until he found a safe place. He walked, carrying her until he found a place where this person, who was like a good Samaritan, agreed to let her stay until it would all be over, for she was about to die. I watched as she vomited up gross white stuff with the little bit of strength she had left. Slowly, it came out of her even more, this gross, yucky white stuff until she died in the process. And the man, with the amazing love watched helplessly from a distance, with his broken and rejected heart. The entire time all these things had been going on, he had always loved her. He always waited for her. But she never “wanted him.” This incredible man with such a pure and unfailing love. Time and time again, he had helplessly watched her throw herself and all that was precious, to the dogs of mankind. She was never satisfied and sought aimlessly for the very thing she was rejecting him for, while He hurt and hurt over. Oh his heart was truly broken. As I watched, I could see his love in his expressions and actions. Sometimes I could feel just a little bit of it and what I felt was overwhelming. It was the love that was so true and pure. This love was from a rejected man with the deepest love with an awesome heart that would have received her with no condemnation. He was just looking for the slightest hint of, “I made a mistake. If you will still have me, I want you now.” But she never came to that place. She died there in all her wasted condition.

The download I received from all this is that he represents Jesus and she represents any one of us. One might say, well He is God, He can handle it. Does that make it fair? Does that make it hurt less for Him? If it were a movie, it would rip your heart out. Do God’s feelings not matter? One might say, well sometimes the woman repents and comes to her true senses like many of us. Yes, sometimes He and His love are received. But every day, over and over He sees another one die in their stupor, breaking His heart. The lady who wanted it “only her way” represents us all, men and women. It is just put in the form of a story that anyone should be able to relate to. She could have even required something of those men for letting them use her. But she never did. She just gave it all away like it was the answer to her misery. All the while, repeatedly “losing her own self” until what was left was a “used-up human being.” Sad and helpless, but still unchanging, she died from the result of her very own choices. “She” is “any man” or “any woman” that rejects the Lord.

The Lord created all things, just for “the option” to have a special relationship with each of us. Day in and day out, for thousands of years, He has reached out to each and every single person on this earth and with more patience than we could ever know and with His heart enduring all kinds of hurt, for the chance to be “Savior” and “Redeemer.” His heart is for us to know His abundant love and bless us with abundant life. And without condemnation. How wide are the arms of Jesus Christ on that cross? But who will choose the Lord and all He offers? For every lost soul that rejects Him, His love is still alive and faithful. He constantly and patiently works with each person, waiting for them to come to their senses and see Him with the true love that He has and for each to be truly willing to commit to the relationship that He longs for. How much has it cost Him? He “became one of us” and gave “His own life for us each” on the cross. Yes, it cost Him everything, but it is still more expensive than that. What His heart goes through daily, 24 hours a day; as the 100% true and loving God – with His “God-sized heart full of God-sized uncondemning love,” He does everything in His power to keep us from error, helping to turn our mistakes for good at every chance. The Lord beckons to us and rescues us, as much as circumstances allow. He feels every pain that each of us go through. He cannot help it. Wrongs that we do to one another, wrongs we bring on ourselves and the wrongs we do to Him are all pain for him that would have never been if mankind had not chosen rebellion in the first place. He took a chance on His most prized creation “knowing” the end from the beginning. God knew what hardships each of us would have to endure in this “fallen world” and knew what He and His heart would have to go through personally, with each and every person. Father God lovingly and wonderfully created every single one of us and each one is a precious, precious treasure to Him. The Lord has always worked with each of us every day and every night of our lives to help us make the right choice toward Him and then to keep it. Some would choose Him and some would not. It has been worth it to Him, despite all the pain and hardships. Amazing Love? Yes, God’s love is 100% pure, awesome and amazing love. His love is more constant, more deep, more patient and more pure than any of us could ever know. This is a love that is incomparable, it is agape love and it is amazing love.


Copyright © 2020  E. Cockrell May be used for personal study or instruction but shall not be copied and/or distributed in whole or part without permission or for financial profit.

A CROWN, A KING & A SIGNET RING
A revelatory word by Tracy Anne Loosle.
AMAZING AND AWESOME LOVE OF GOD
When seeking the Lord about trying to communicate His love, He gave a dream that truly shows the intensity of agape love of God.
BE ENCOURAGED
A word of encouragement from Corey Austin Shulze.
END TIMES DREAM OR VISION
About a coming disaster that ushers in the private initiation of the coming Antichrist.
JESUS SET ME FREE... AGAIN TESTIMONY
About learning a key to a stronger paradigm regarding the power of patience.
RISE UP
Overcoming years of depression to become a viable soldier in the army of the Lord.
THE CHOICE
When the Lord is your shield, nothing can compare.
THOSE ABOUT TO BE GIVEN OVER FOR CORRECTION﻿
What happens when people reject the correction of the Lord over and over.